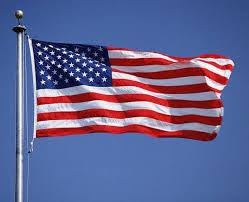 A list of Memorial Day parades from Woonsocket to Westerly to honor our fallen heroes.

Here is a list of 2018 Memorial Day parades in Rhode Island.

When: 9am
Where: Lincoln Avenue

When: 10am
Where: Academy Field, 50 Rector Street

The parade will kick off from Academy Field and wind through the Hill District by way of Mawney Street. It will then continue to First Avenue (Rt.401) for a brief wreath-laying ceremony at the World War II Memorial on the corner of Cliff Street. The parade then proceeds north on Main Street to the Town Hall for closing ceremonies to conclude at about 11:00 AM. There is NO RAIN DATE. In the event of inclement weather, a ceremony will be held inside the Swift Community Center, 121 Peirce Street, at 10am including participants from Divisions 1 and 2. All are welcome as capacity allows for.

When: 10am
Where: Crescent Park Loof Carousel 700 Bullocks Point Lane

When: 10am
Where: Main Street (Route 44) in historic Chepachet village

When: 11am
Where: Smithfield Avenue

Parade steps off at Smithfield Avenue and marches along Higginson Avenue, Walker Street, Chapel Street and ending on Great Road. There is a post Parade Celebration at Chase Farm, 667 Great Road.

When: 10am
Where: Wilson Park

The commemoration of Memorial Day in North Kingstown will begin at 9am with wreath laying ceremonies at the Civil War Memorial on the grounds of the Town Hall & at the memorials at the nearby Veterans Memorial Park. Parade marchers will begin forming at 9 AM at Wilson Park & the parade will start at 10 AM. The parade route will follow West Main, Brown & Phillips Streets through Wickford Village and then onto Tower Hill Road (Rte. 1 south) to the Grand Army of the Republic Memorial on the grounds of Elm Grove Cemetery for the concluding ceremonies which are expected to begin at 11 AM.

Parade begins at North Providence High School and ends at Governor John A. Notte Jr Park. There will be a festival including vendors, music and more immediately following the parade until 6pm.

When: 10am
Where: Holly Road

The parade starts on Holly Road, down Main street and High street.

Start at Pawcatuck Shopping Center, marches down West Broad Street, stop on the bridge to honor our departed heroes. Enters Westerly turns onto High Street and enters Wilcox Park at High Street entrance for ceremonies at the bandstand.

When: 10am
Where: The Corner of Clinton and Cumberland streets

How to Plan the Best Staycation Ever – guest article